Commerce is the study of business activities.It is a division of trade or production which deals with the exchange of goods and services from the producers to the final consumers.

A producer is someone who produces goods, while a consumer is the person who uses the goods or buys the goods. 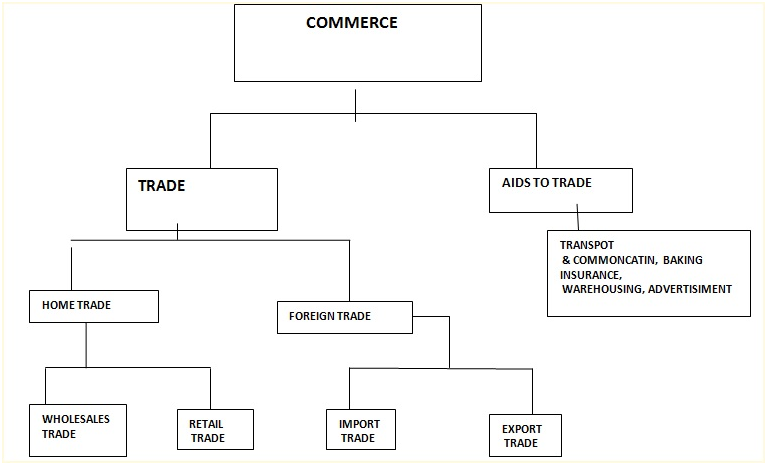 a. Home trade -This is trade that is carried out within the country and is also called domestic trade.it is divided  into two:

b.Foreign trade/international trade -This is the exchange of goods and services across the national borders and is divided into ;

Written by KNEC notes and Past Papers